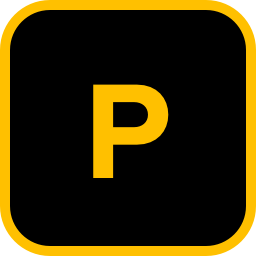 What's up team? After another week of wins and losses, it's time for a check-in on my progress with trading and supporting the Sang Lucci Company.

TradeSpace, PR - Situating to my Surrounds

As with any change of direction in life, there’s a period of discovery where you’re trying to handle your most basic needs. Having moved so many times with the Army, I now understand it takes time to find a grocery, local coffee shop, etc.. After being in Puerto Rico for two weeks, I can affirm that I am completely settled into a routine that will free me to focus on trading and contributing to the Sang Lucci organization.

At TradeSpace, however, there should be no notion of complacency. With such a diverse community of traders coming in and out, there are endless opportunities to learn from others. Whether someone is a crypto trader or pre-market, small-cap trader, I find there are always takeaways from their perspective that I can learn from.

Between the TTP chatrooms and folks working in TradeSpace, I often feel like I am having information overload. As a newer trader, I’m in an optimistic position where I see the positives of everyone’s niche. Meanwhile, the more experienced traders are very focused on their way and less likely to diverge from what they know… I do not blame them though.

The most versatile, innovative trader (I’ve yet to meet in person) is Ron “Ronchero” Friedman.

And I’m not just saying that because he’s one of  the educators for Sang Lucci.

I’m not sure how he does it (yet), but he has a pulse on a spectrum of names and is able to deploy a variety of strategies, which always, or in most cases, seem to be successful. I find myself staring at a chart for ten minutes and in that same period he’s put multiple "feelers" on and is getting ready to establish a position.

This week, in particular, I witnessed (and missed out on) the most eye-opening ten minutes of trading. I took screenshots of the conversation for my record and to prove how fast it all transpired. See Exhibit 1 below:

There was a point, midday, where $NFLX was testing ATH’s and Ronchero called it out in the chat. I, like a pledge intern, was too timid to get in on the trade as I was more concerned with nursing my iron condors that were not even being tested.

Ronchero and one of my other trading mentors, Nico (@Nico), jumped in. Watching the trade transpire felt like a surfer eyeing a big wave coming their direction and patiently waiting for it to build. As $NFLX started to fade off its highs, Nico stood up on his surfboard and started to ride the wave down to his identified exit points (pictured below).

As $NFLX reached the level both had identified, the wave lost steam and the ride was over. The way the $NFLX trade setup and each point was intentially predicted was something that really resonated with me.

For a more detailed breakdown of the $NFLX trade, check out this video recap!

As a newer person to a craft, I find a huge sense of inspiration seeing people, like Ronchero, who are ‘expert status,’ practicing their skills. It’s the same kind of feeling I get watching professional, world-class CrossFit athletes compete.

After hearing that write-up you might be thinking I was absolutely getting demoralized in the markets this week. That’s not necessarily true, this past week: